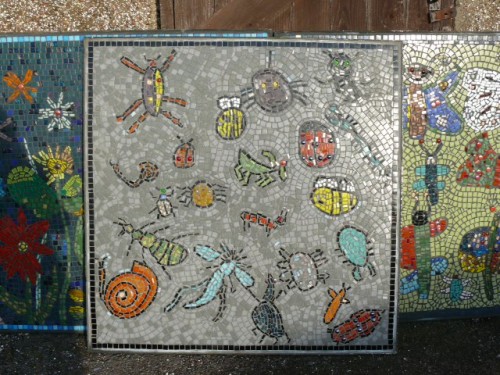 The earliest forms of mosaic can be traced back thousands of years as shells and stones were used to create patterns. As mosaic evolved to include the use of specially coloured and cut stones (tessarae), the patterns also evolved to become an art form for master crafts people, as they created representations of geometric patterns, stories, people and animals. In Roman Britain alone, thousands of mosaics were created, with over 2,000 having been discovered to date.

Modern mosaic makers use a variety of materials, such as glass and glass smalti, ceramics, stones, shells, and found objects.